Situation
With feeding issues, problems around output stacking, and low throughput, Dajon’s fleet of production scanners were no longer fit for purpose.

Results
Dajon has totally transformed its scanning operation, dramatically improved efficiency and profit margins. The i4650 Scanners are processing almost three times more images than the legacy models and the scanners’ additional functionality, consistent feeding, controlled output stacking and the ability to detect staples etc. are paying dividends in terms of productivity and efficiency.

Dajon Data Management is a London based specialist document scanning company with a global client base. Renowned for providing high quality, competitively priced services, the company has over two decades’ expertise in document and data management solutions, with significant experience in complex handling requirements. Its comprehensive range of supporting services enable clients to transition paper documents and data to any electronic format, then process and action business-critical information using document management and integrated workflow systems.

Dajon was running a nine-strong fleet of mid- to high-volume production scanners, which it recognised were no longer fit for purpose. The company first established the scanning bureau in 2007 when the majority of paper documents it processed required little preparation, pages were cleaner and in standard formats, and indexing requirements were minimal. However over time, the use of metadata to index documents had become more critical in order to make information accessible on demand, the bureau was now handling many different types and sizes of documents, and volumes continued to increase exponentially.

“Historically, when making new technology investment decisions we simply purchased new scanners to manage increased throughput and stuck with the same brand. This was primarily because our people were used to them and were working in their comfort zone,” Chief Technology Officer Albert Tsang, explained.

“But what we didn’t do was to tackle the real issues - we were experiencing repeated feeding issues and problems around output stacking, the scanners were processing volumes nowhere near their rated speeds and we were increasingly putting in longer shifts to get to the levels of throughput we needed to deliver jobs on time,” he added.

It was when processing one job for a construction company which required large volumes of carbon paper and receipts to be digitised that Dajon reached a tipping point. “This job highlighted that the legacy scanners just couldn’t cope. We encountered multiple feeding issues, the scanners did not like receipts and we were lucky if we achieved a throughput of 15-20 pages per minute (ppm). The job took significantly longer than it should have and we realised then that doing what we had always done wasn’t sustainable and it was time to change,” Albert said.

He continued: “We couldn’t keep buying more scanners and more PCs (each of which required staff to operate them), we had literally run out of space. Plus we had to look at the bottom line, the market is extremely competitive and we have to ensure that we achieve a profit on every piece of business. It was time to stop compromising because we were used to using one type of scanner, and to look for alternatives.” 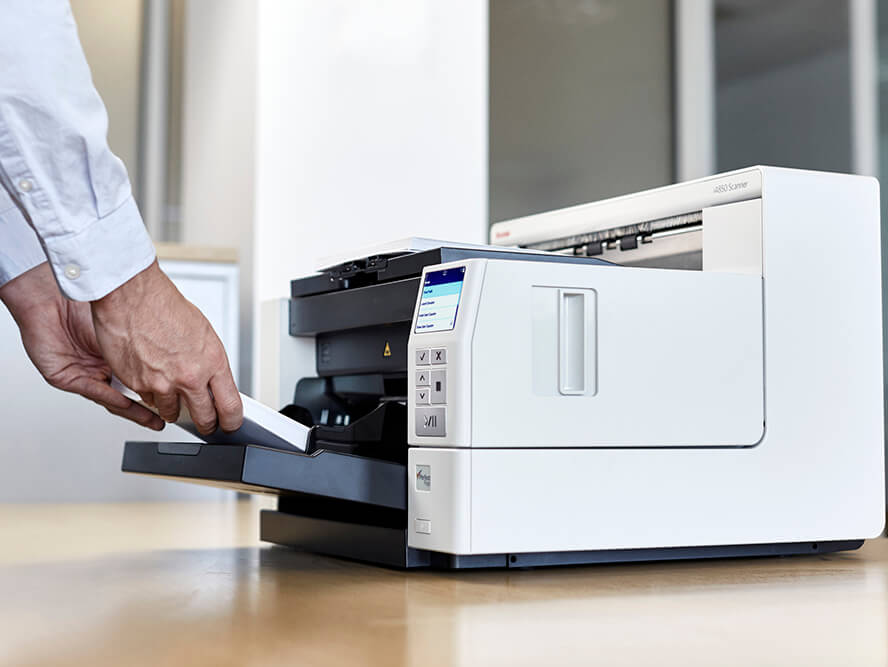 Albert approached Alaris, a Kodak Alaris business, for advice on how Dajon could leverage new technology to improve its current scanning model. Rather than focus on the products’ features and benefits, and suggest like-for-like replacement models, Alaris’ approach was consultative. The pre-sales team looked at the volume and types of papers that Dajon was processing, how documents were prepared during the pre-scan process and the amount of manual steps this involved.

Alaris recommended streamlining the fleet, replacing nine legacy devices with three Kodak i4650 Scanners. With a fast (up to 130 pages per minute) throughput, this production scanner delivers hours of uninterrupted scanning and its straight-through paper path ensures thick materials such as cardboard and file folders plus extra-long documents, fly through the scanner. The Kodak i4650 also offer a host of features including Intelligent Document Protection which monitors the condition of paper being scanned and listens for the sound of paper crumpling, preventing document damage by stopping the scanner automatically prior to jams; combined with exceptional image quality no matter how challenging originals are; to ensure high productivity. A 500-sheet input tray and controlled stacking technology means staff spend less time adjusting documents and more time getting work done.

“Alaris installed a unit for us to try before we buy and within two weeks, we had raised a purchase order number,” Albert said, adding: “We ran the scanner alongside one of our legacy models to handle a large project which involved digitising 13,000 boxes of historical documents including carbon paper and card. The difference was night and day, the Kodak Scanner powered through between 115-120 ppm (almost maximum throughput), while the existing scanner processed between 45-50 ppm. That was the turning point, the decision was made.”

Dajon initially purchased two i4650 Scanners for the scanning bureau, adding a third one a little later. “The biggest stumbling block was a resistance to change so we gradually made the changeover,” Albert explained. “The product is great, but the support we received from Alaris and the onsite training really helped staff embrace the change and made the transition to new products much easier.”

Scanning operators are now reaping the benefits of the three new scanners. “During the trial period our head of scanning was delighted with the performance and really saw the potential. The additional functionality, consistent feeding, controlled output stacking and the ability to detect staples etc. are really paying dividends in terms of productivity and efficiency,” Albert continued.

Dajon has also realised additional time and cost savings. “The metal detection feature means we are no longer paying for new parts, due to forgotten staples and paper clips scratching the scanner glass – that’s been a strong saving,” he explained, adding: “We are also saving money on supplies as the overall running costs are lower.”

The company has also been able to redeploy staff within the scanning bureau for increased efficiency. Under the old regime, nine scanners required nine scanning operators, with additional staff tied up prepping pages to be scanned. Now, just three operators are charged with scanning, which has freed up additional resources to handle document preparation and post-scan processes.

...we will invest in more Kodak Scanners, confident in the knowledge that they will ensure we deliver... Albert Tsang, Chief Technology Officer

Albert added: “With the new scanners, we have totally transformed our scanning operation, dramatically improved efficiency and our profit margins. The new scanners continuously run at rated speeds and seamlessly handle many different paper types, in fact the i4650 Scanners are processing almost three times more images than the legacy models.”

To illustrate the impact Albert said: “Per Kodak Scanner, we typically process 46,000 images during an eight-hour shift - that’s compared to an average of just 16,000 images on one legacy device. On a ‘bad’ day we will scan around 38,000 originals, in comparison, the old devices would only manage between 8-10,000 pages in the same shift due to feeding issues.”

Future plans include a transition to Alaris Capture Pro software. “We initially decided to stick with our current software which works seamlessly with the Kodak Scanners, largely due to the fact staff are familiar with it and comfortable using it, but now we have had the hardware in place and it’s been well received, we are highly likely to change in the future,” Albert said.

The new scanners are currently running at 80 per cent capacity, providing room for future growth. Dajon is planning to relocate into new larger premises which will provide more space to conduct document preparation and scanning and enable it to win more new business. Albert said: “The new premises will safely accommodate up to 12 scanners, giving us plenty of opportunity to grow. We have a number of large prospects in the pipeline, the i4650 Scanners and new premises place us in a strong position to win and if we are successful, we will invest in more Kodak Scanners, confident in the knowledge that they will ensure we deliver.”

Dajon has retained two of the legacy scanners for business continuity purposes. “I think it says a lot about the new scanners when our staff would rather wait for an engineer and do document preparation rather than turn the old devices on!” Albert concluded. 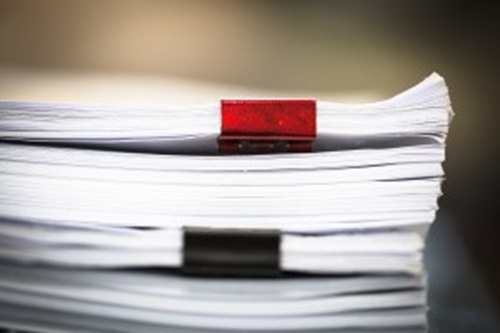 The compelling case for digital mailrooms 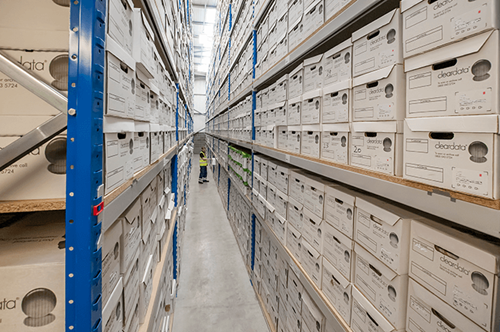 Four million monthly images is no problem for Cleardata, one of the UK's largest Service Bureaus 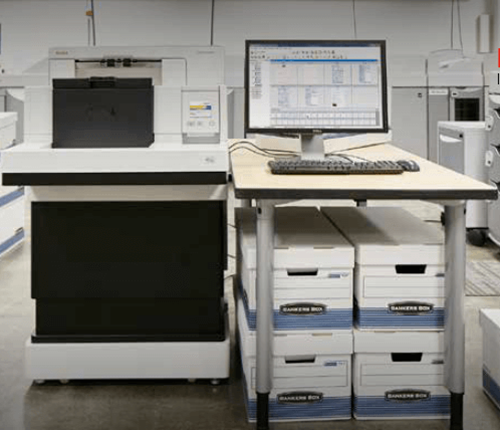 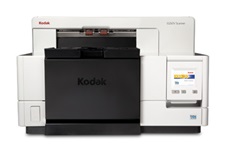