Located in Syracuse, NY, the mission of the Onondaga County Department of Social Services is to provide medical, legal, and welfare services to help county residents work toward higher levels of independence. Over the past five years, the Department has transitioned from a paper-based system to a digital workflow that relies heavily on approximately 800 scanners from Kodak Alaris.

Like most government agencies, the Onondaga County Department of Social Services is adapting to the new reality of shrinking budgets. Reducing the cost of storing and retrieving paper documents was a clear opportunity for savings. “That’s where this all started,” says Edward A. Hughes, Assistant Welfare Management System Coordinator. “Our traditional, manual process was too expensive. There were too many documents. And retrieving them from our storage facility took too much time and effort.” The Department was still using the same system it had employed for decades. Paperwork was assembled and indexed by hand, then placed in boxes and shipped to a local warehouse for storage. Five full-time employees managed the storage facility. When a case called for a document that had been archived, someone had to go off-site to search for it then bring it back to the office. The Department needed to find a less expensive way to manage the continuing barrage of paperwork. “So we started down this path of scanning documents and electronically indexing and filing them,” says Hughes. They had found a route to significant savings.

The KODAK ScanMate i1150 Scanner is perfect for us. It does what we want it to do. The price was right. And we couldn't be happier.

Getting Started With Scanning

The transition to a digital workflow began with the purchase of 250 Kodak ScanMate i1120 Scanners. After considering many different products, the Department was drawn to the i1120 Scanner’s unique combination of simple operation, reliable performance and affordable price. Plus, the scanners integrated easily with their existing New York State software platform.

To maximize productivity, Hughes intentionally keeps things simple. “We keep all of our computers the same. Same operating system, browser, software,” he says. “All our employees have to do is gather a handful of papers and feed them into the slot — even if the documents are different sizes. The scanner takes care of the rest.”

From the beginning, the ScanMate Scanners have been remarkably reliable. “We’ve been scanning for five or six years and only had four repair calls,” says Hughes. “So as far as I’m concerned, that’s a pretty good reliability record. And we use these things a lot.” The scanners are run for five or six years, then they are replaced with newer models.

The original workflow with shared scanning stations has been replaced by a system that includes a scanner for nearly all of the Department’s 825 employees. “The ScanMate line gives us low-cost scanners that do everything we want, including the ability to fit on a desktop. So we thought it would be more efficient to just get all of our people their own scanners,” says Hughes. “That’s the direction we’re headed now.”

The Department recently updated its fleet with the purchase of 100 Kodak ScanMate i1150 Scanners from Kodak Alaris. Once again, making the most of limited budget dollars drove the decision. “The priority in government now is to get the most bang for your buck. We just don’t have the kind of money we used to have,” says Hughes. “Whatever we do buy, we’ve got to get a good deal, and it has to be reliable and simple.”

Hughes also likes the added productivity made possible by the i1150 Scanner’s transaction mode, which scans the first ten documents of a stack 60 percent faster than normal speeds.

Now in its second generation of refinement, this digital solution adopted by the Onondaga County Department of Social Services is delivering on its initial promise. “Electronic storage is a lot faster, a lot easier, a lot cheaper,” says Hughes. “It’s also a lot more reliable.

If you have a warehouse fire, your documents are gone. But if you have files on a server that is backed up, you can’t lose them.”

Having conquered the daily deluge of documents, Hughes is now turning his attention to the backlog of paper documents still sitting in the warehouse. “We’re pulling stored documents so we can scan them all,” he says. “Eventually we can close the warehouse and we won’t have to pay to store any paper documents.” At that point, the successful transition to a digital workflow, powered by Kodak Alaris, will have come full circle. 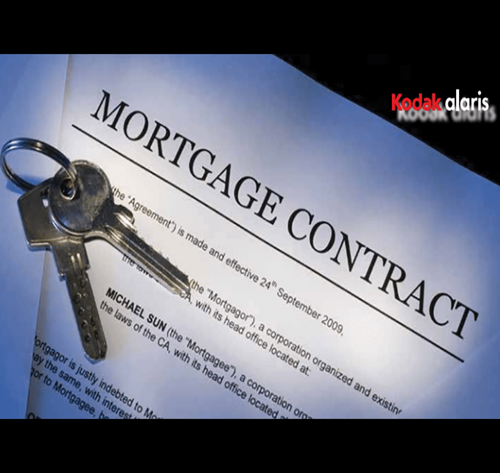 The Era of Data Chaos

Digital Transformation | Infographic
Every year, the volume of new information is growing exponentially. Never before has managing information for any company been tougher – large or small.