Scanning and digitising the entire medical records library formed the beginning of Noble’s Hospital’s digital transformation journey. Chief Clinical Information Officer Dr Gregor Peden said that there were two key drivers to the project. “We were using the digital records as the cornerstone of the rest of the Digital Future strategy so we needed some form of digital repository in order to feed all of our other projects into.”

Kodak Alaris partner MISL, a leading bureau and BPO provider, won the tender to digitise the entire medical records archive. As all records had to remain readily accessible to clinicians throughout the project lifecycle - they had to remain on the island. In order to meet this requirement, MISL appointed Kodak Alaris reseller Manx BusinessSolutions to manage the back scanning programme.

MISL specified Kodak i5850S Production Scanners and Kodak Capture Pro Software which quickly converts batches of paper into high quality images, to power through the bulk scanning of all legacy files. Kodak i3400 Scanners were supplied to carry out day forward scanning onsite.

The staff used scanners from Kodak Alaris to scan the paper records directly into the hospital’s MediViewer Electronic Document Management (EDM) solution. Built specifically for healthcare institutions by Kodak Alaris partner IMMJSystems, MediViewer indexes records with essential metadata, which can then be searched by patient, content type or location. Importantly, the solution is BS 10008: 2014 compliant, ensuring the patient record cannot be deleted or altered in any way, as well as providing a full audit trail. 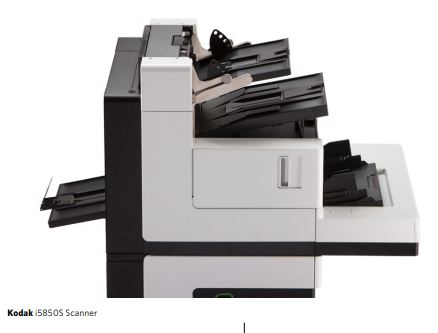 One of the key SLAs set is that all documents received have to be scanned and imported into MediViewer within a 24-hour window. “Both the volume of documents - the team scan around 7,000 sheets a day - and the tight turnaround meant that robust, reliable scanners were a pre-requisite. The fact we haven’t breached this SLA in the 18 months since go live, speaks to the dedication of our scanning bureau and to the quality and reliability of the scanners from Kodak Alaris,” said Dr Peden. 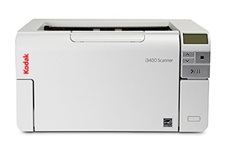