OUH, a world-renowned center of clinical excellence and one of the largest National Health Serviced teaching trusts in the UK, collaborated with Kodak Alaris partner MISL to digitize all its HR records after relocating its central HR function to new premises in Cowley, Oxford.

MISL specified Kodak i5850S Scanners to power through the bulk scanning of all legacy files. OUH had around 13,000 files, each with multiple pages that needed to be digitized. MISL did this in batches, arranging two collections a month. It took around 16 weeks to process 2.5 million images.

Once captured, all the digital documents were fed into Folding Space EDRMS (Electronic Data & Record Management System). This secure document and records management solution uniquely enables the viewing and presentation of all documents (scanned or digitally created) via a single screen user experience.

Day forward scanning, an ongoing process now managed in-house by the HR records team, is conducted using Kodak i1190WN wireless scanners. These flexible, powerful scanners are designed for sharing in a workgroup and enable the OUH HR records team to seamlessly capture documents as they come in, and upload them directly into the EDRMS.

The Trust has secured significant financial savings in terms of time savings and efficiency gains, it has also reduced printing costs and spending on reams of paper now that Corporate HR and the divisions are not printing documents. “We are confident that the return on investment on this initiative will be very strong,” said Caroline Davies, Interim Head of Recruitment & Retention at OUH.

The HR function is now very close to achieving a paper-free environment. Change forms, health and wellbeing notifications, performance reviews and other communications from managers are now all received via email and can be seamlessly uploaded into the records system.

“These documents used to have to be sent via the internal post system which took time. We’re now piloting individual drop baskets for the divisions to further streamline the process,” said Davies. “There was a lot of wasted time and effort with the old paper-based system. Now the entire team can simply log on to the system and retrieve the information they need at any time.”

She added: “Each division has a HR function and the plan is to train colleagues so that each division can scan and upload directly into the system. The records team will oversee and check naming protocols are adhered to, etc. But this approach will further improve our efficiency and ensure that information is readily accessible across all sites in almost real-time.”

Recruitment is now conducted electronically and for new starters, OUH only creates two physical paper forms: an appointment form for payroll, which is shredded after the first payroll run, and a contract of employment which is printed for them to sign before it is scanned. Everything else is put into an electronic drop basket, picked up by the records team, and saved directly into the EDRMS. The Trust is about to pilot electronic forms with its payroll provider with a goal of to making this a paperless process too.

OUH has on average between 150 - 200 starters per month across all staff groups. There are also several set intake periods. “Peak times for junior doctor rotations are during February and, in particular, August, and June/July for newly qualified staff nurses. We also have a regular overseas intake, although numbers can vary greatly. During peak periods these numbers increase dramatically. It’s impossible to quantify how many man-hours we are saving now the process is (bar a few documents) fully digital, but it’s a substantial number,” Davies explained.

The digital transformation project has been so successful that the Trust is now looking to roll out the initiative across a further nine directorates. 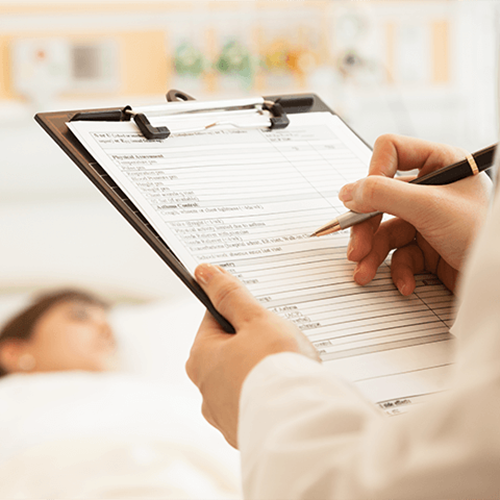