UH Bristol made the decision to maintain control of its own scanning and leverage the expertise it already had in-house rather than outsourcing scanning its casenotes to a third-party bureau. The Trust conducted a competitive tender process and appointed Kodak Alaris partner, Kainos.

The starting point was to digitize records on-demand. Prior to a patient attending an elective appointment the information was scanned and migrated into the Kainos Evolve platform. The digital file relating to that hospital was then available to all clinicians who could access it. This allowed each hospital to have their own ‘go-live’, without impacting records at other sites. This promoted a slick and successful business change management process in each of the hospitals prior to go-live.

Over the course of the project, UH Bristol invested in two additional scanners, bringing the total to twelve. Seven are now utilized full-time, conducting day-forward scanning (scanning of newly created content). The others are dedicated to back scanning old libraries. Backed by a seven-year warranty and with some of the scanners having been in use for five years, Max says that they have been extremely reliable. “We do occasionally have problems, but the support that we’ve had in terms of service and repair has been exemplary. We’ve probably not had a scanner out of action for more than a day and that’s only been on a handful of occasions.” He continued: “Image quality is really good and we’ve had no complaints, in fact, we’ve had very few issues around any aspect of the scanning. In terms of the efficiency/quality ratio, I think we’ve realized all of the potential within the project.” 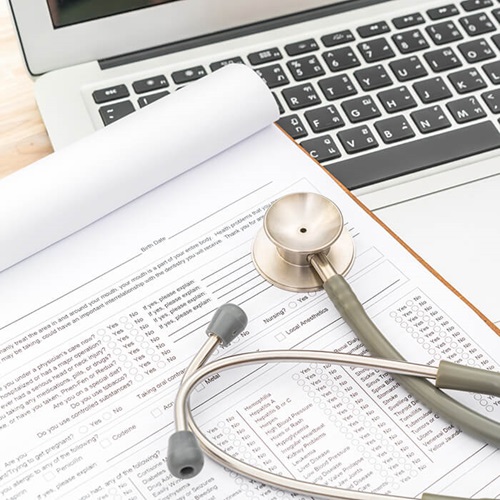 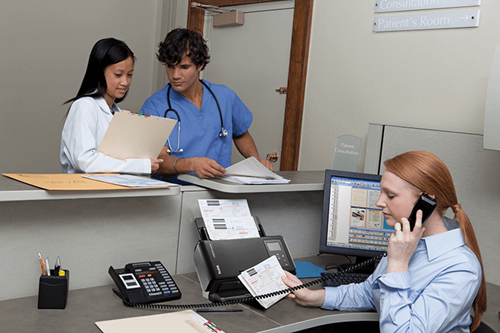