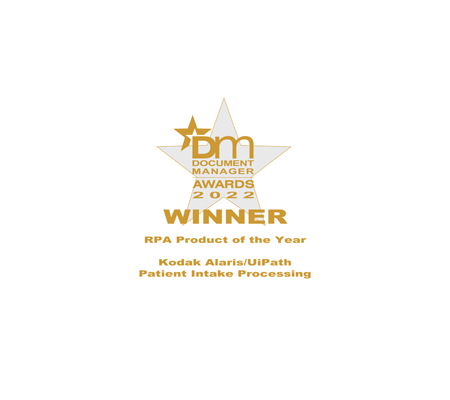 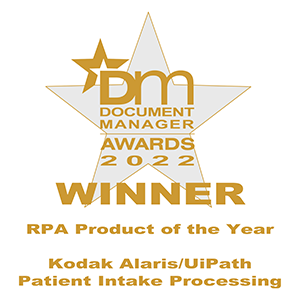 At the DM Awards, held in London on November 17, Kodak Alaris received the RPA Product of the Year Award for Patient Intake Processing, a joint solution with its partner, UiPath. The award acknowledged the unique and powerful capabilities of the Kodak INfuse Smart Connected Scanning Solution combined with the UiPath Automation Platform to deliver an end-to-end patient onboarding solution. 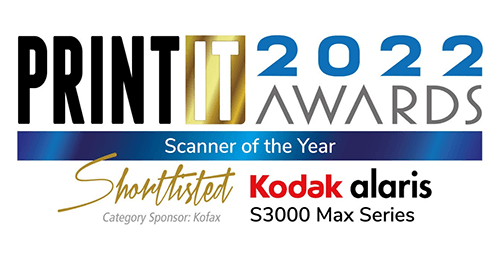 After winning the prestigious Scanner of the Year Award for two consecutive years at the PrintIT Awards, Kodak Alaris once again made the shortlist in this highly contested category, receiving a Highly Commended for the Kodak S3000 Max Series Scanner. The award was announced by comedian Kerry Godliman at a black-tie event at the Royal Lancaster London on December 6.

Steve Keating, Northern Sales Director at Kodak Alaris, said: “We are incredibly proud to have been shortlisted for these prestigious awards. Being named the overall winner and earning runner-up/highly commended accolades in the face of strong competition is a massive achievement and testament to the great team of people we have in our business.”